How Much Do Certified Registered Nurse Anesthetists (CRNA) Make?

They can also administer other medications and monitor the condition and vitals of the patient receiving anesthesia. During the COVID-19 pandemic, CRNAs were imperative for helping manage the care of patients on ventilators. Here’s all you need to know about how much a CRNA makes.

Recommended Reading - What is a Certified Registered Nurse Anesthetist (CRNA)? 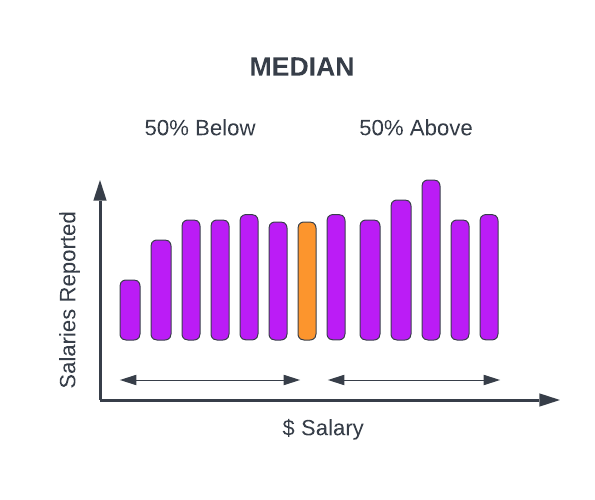 CRNA Salaries in the United States

Though a CRNA has more specialized tasks than other nurses, the salary for a nurse anesthetist in the United States makes the position a well-compensated option for nurses interested in advancing their skills or education.

How Much Does a CRNA Make a Year?

The average annual salary for a CRNA is $140,357.71 a year. However, this is only a small fraction of the position’s earning potential. With a bit of experience and working in the right location, a CRNA can earn over $200k a year.

How Much Does a CRNA Make an Hour?

Like most nursing positions, there’s a lot of variation in CRNA salary from state to state. States with higher living costs and large metropolitan areas tend to have higher salaries, as do states that need to attract more CRNAs to fill the demand for this position.

Check out this chart that examines the annual median CRNA salary among all the states using information provided by Zippia.com.

Factors That Affect How Much a CRNA Makes

Multiple factors impact how much a CRNA makes, including:

There is a significant income potential for a CRNA that makes this nurse position an attractive career alternative to individuals who can handle a high-stress environment with a lot of responsibility.

How Quickly Can You Become a CRNA and Start Earning?

The education and training to become a CRNA and start earning a CRNA-level salary are extensive due to the duties and responsibilities associated with the position. In all, it takes 7 to 10 years to become a CRNA.

After obtaining your graduate degree, you’ll also need to pass your CRNA certification. After you get your certification, you have to pass your state licensure exam for the state (or states) where you plan to work.

If you already have some type of nurse training, be it CNA or RN training, this will reduce the amount of time it takes you to become a CRNA. It’s generally possible to receive credit for skills you’ve already mastered or courses you’ve previously taken.

How Much Does a CRNA Make Compared to Other Nursing Jobs?

When compared to other nursing jobs, CRNAs earn some of the highest salaries in the medical profession. It’s interesting to note that while CRNAs are technically a type of nurse, they do similar types of work as an anesthesiologist, a position that currently requires a doctorate degree.

Using the average median wage of $140,357.71, CRNAs make more than nearly every other type of nurse. NPs (nurse practitioners) have a median annual wage of $116,358.04, which is less than the average compensation for CRNAs.

Thanks to the high compensation associated with the CRNA position, there are a lot of FAQs about the salary potential for this nursing job.

Am I Being Paid Fairly as a CRNA?

To decide if your compensation as a CRNA is fair, you’ll need to consider how many years of experience you have working as a CRNA, the type of setting you’re working in, and the state or city where you’re working.

For example, an entry-level CRNA will have a significantly lower salary than a CRNA with 10 to 20 years of experience.

An entry-level CRNA may make closer to $100k, while CRNAs with a decade or more of experience can make more than $200k a year or even $300k a year when working in an area with a high cost of living.

If you have ten years of experience but are making in the low $100ks, your compensation may not be fair.

However, some CRNA jobs offer hourly wages rather than annual payments. This pay structure means that your paycheck will vary depending on how much you work, and you’ll receive more money for working overnight or holiday shifts.

Your contract terms will specify whether your position is hourly or annual.

Do CRNAs Get Paid Overtime?

Whether or not a CRNA is paid overtime depends on the terms of their contract. According to FLSA overtime rules, the CRNA job is considered exempt under CRNA regulations and not eligible for overtime.

However, states also have their own laws regarding overtime and whether CRNAs receive overtime pay. There are also non-exempt CRNA jobs.

CRNAs who qualify for overtime pay will usually receive 1.5 times their hourly wage for hours worked exceeding 40 hours a week.

Do CRNAs Get Paid More Privately or in Hospitals?

Some CRNAs may prefer to work in a private office due to better shift options and the potential for a better work-life balance, even though the compensation potential isn’t as high. Hospitals never close, while private offices have set office hours that limit a CRNA's hours to work.

What State Pays CRNAs the Most Per Hour?

While CRNA salaries vary yearly based on demand and cost of living, North Dakota has the highest CRNA pay at $201,154.00. Washington has the second-highest CRNA pay with a median annual pay of $173,491.00.

Can You Live Off a CRNA Salary in the USA?

You can live an extremely comfortable lifestyle anywhere in the USA with a CRNA's salary. Even an entry-level CRNA's salary is higher than the average US salary of $53,490.

Does a CRNA Salary Make You Rich?

To be classed as rich depends on where you live, one piece of data states that households earning $131,350 a year or more are among the richest 20 percent of households in the nation. In many areas, a CRNA salary is high enough for you to be considered a rich household based on your income alone.

What is the Highest Paid Nurse Anesthetist?

The top 25 percent of CRNAs make at least $208,000 a year. These individuals tend to be experienced CRNAs or individuals working in areas with a high cost of living.

What are the Highest Paying Jobs in Nursing?

The CRNA job is consistently listed as the highest paying position in nursing.

Other high-paying nursing jobs include certified nurse-midwife positions (average salary of $115,540 a year) and psychiatric nurse practitioner (average annual salary of $112,196 a year).

How Can You Increase Your Pay as a CRNA?

CRNAs seeking to increase their pay have a few options for boosting their earnings. If you find a position that pays you an hourly wage instead of a salary wage, this can assist you with increasing your compensation.

Receiving an hourly wage allows you to take advantage of unpopular shifts with a higher pay rate, like shifts over the holidays or overnight shifts. You’ll also be compensated for any overtime you work with a CRNA position that pays by the hour.

Earning more education will help you earn more money. Even though current guidelines state that a CRNA needs a graduate degree, the guidelines will eventually change so that CRNAs need a doctorate degree. Acquiring this education sooner rather than later will work to boost your salary.

Suppose you gain administrative experience and are willing to work as a director or manager who handles staffing duties. In that case, this will increase your compensation as a CRNA due to the additional responsibilities.

Relocating to in-demand areas that are paying higher salaries to attract CRNAs can also assist you with boosting your earnings.

<Previous postNational CNA Day - What Is This Year's Date and Some History
>Next postHow Much Do STNAs Make In The USA?